Why Should I Learn to Speak Indonesian Language?

Why Should I Learn to Speak Indonesian Language? 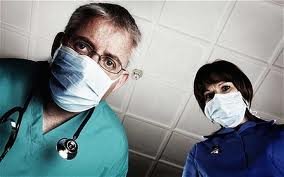 There are several great reasons why you should learn to speak Indonesian language:

Firstly, it is written in roman letters, like many western languages.

Secondly, words are spelled as they sound, so there is no confusing spellings.

Thirdly, all verbs are in the present tense; past and future are described using the same verb tense.

This simplicity allows for much more interesting uses for the language, which the Indonesians do very well.

OK, that’s interesting, but why should I learn to speak the Indonesian language?

Well, do you live here? Then you should. You would hope, if not clearly expect, immigrants to your country to learn your language, wouldn’t you?

You would want your new immigrant neighbours to say hello to you in your language, and not be shy or afraid to speak to you, wouldn’t you?

You would want your neighbours to be able to come to you if there’s an emergency, and for them to be able to do the same, wouldn’t you?

Put yourself in Indonesian sandals for a moment and think about it … you’ll quickly realize how important, and valuable it is to be able to speak Indonesian.

Fourthly, Indonesian is one of the top 10 most-spoken languages in the world. You’ll be able to communicate over a vast area that stretches from southern Thailand in the north, to Papua in the east, almost 6,000 km away, and with over 300 million people!

The list goes on and on…do some of your own research to learn more about learning Indonesian language.